Did I mention that Wellspring was muddy?

Normally nothing could drag me to a Pagan festival on my own.  I’ve been to enough of them to know how clique-y they can be, and I’m too introverted to wedge my way into a group of strangers.  However, I really wanted to attend Wellspring nonetheless.  Primarily, I wanted to attend an official ADF ritual to see how they are done, but also to take some measure of the organization and meet some of the other members. 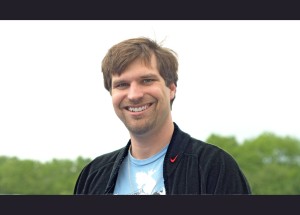 I had no idea what to expect when I got there.  Fortunately the first few people that I met, Skip Ellison, Steph Gooch, and Michael Dangler, were all very friendly and helpful.   As a solitary, the place to find is Three Cranes Grove,  who welcomes all such strays to camp with them.

Soon I was pitching my tent amongst a small cadre of other Canadians, most of whom were from the Dancing Lights Grove but who were also camping amongst the Cranes.   I finished setting up just in time to go watch the poetry phase of the Bardic competition.  The other Canadians then took me around and introduced me to a number of the other groves, after which it was time to get ready for the Norse rite. 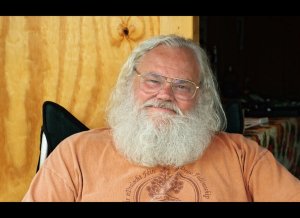 This was my first “real” (i.e. not one that I wrote myself) ADF ritual so I was really looking forward to it.   It turned out for the most part to be pretty much exactly what I expected, which I think is a testament to the Core Order of Ritual performing its function.   The liturgy was excellent, apparently a cooperative exercise amongst the Norse kin which worked great.   The omen-taking was very nicely dramatic, although I wish that some further explanation of the blessings  was given.

The one thing about the ritual which did surprise me was that most of the attendees (as opposed to those with designated parts) sat down to watch, and even those of  us who opted to stand were kind of off to the sidelines.  I’m used to neo-Pagan rituals where the attendees stand in a circle surrounding the presiding priests/priestesses and play a role that at least feels more participatory; holding hands, chanting, and often dancing (or at least circling).   In contrast, for this ritual I had the distinct feeling that I was in church.  At best I felt like I was more of a spectator than an participant.  I’m not sure if this is normal for ADF or if it was a result of the location, as it took place in one of the halls.  If someone with more experience with ADF ceremonies could let me know I’d appreciate it. 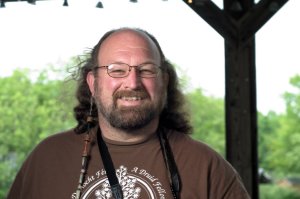 Saturday morning was rather quiet for me as most of the activities centered around kin and guild meetings.   If I can give one piece of advice to other solitaries who are thinking of attending Wellspring or other ADF festival, it would be this: join one of the more popular kins and/or guilds.  That way you can count on some social activity.  The Hellenic and Norse kins seemed very active, as did the Bardic and Warrior guilds.  I myself am a member of the Welsh kin, of which there was only two other members in attendance, which didn’t provide all that much fraternity.

To be fair, the Welsh kin leader, Steph, did try to organize a kin group meeting for Sunday morning.  However, I was pretty grumpy that morning from only getting two hours of decent sleep so I packed up and was gone by 8am.   Of course I understand and accept that Pagan festivals are for many people an excuse for binge drinking and staying up all night.   It’s not something that I can do myself any longer but I expect it and generally can sleep through it.  In fact Saturday night seemed to end on a nice quiet note — I joined the drumming around the fire until about 12:30 when it started to rain and it looked like things were going to settle down so I ambled off to bed and sleep. 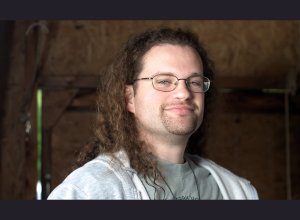 Craig Wilcox, formerly known as the guy whose name I don't remember.

However, at 3am I was awoken to the earsplitting sound of some sort of brass wind instrument accompanied by some of the loudest drumming I’ve heard.  At that moment I could  have sworn that someone had surrounded my tent with Marshall amps as some kind of horrible joke.  After that I found it impossible to get back to sleep, finally getting up at 6am in a rather foul mood.   So my second piece of advice is that unless you are one of the people who are out making a racket until dawn, bring earplugs and pitch your tent somewhere that does not have a clear line of sight to the roundhouse!

So overall it was a bit of a mixed bag.  I’m glad that I went, but I’m not sure that I’ll be in a hurry to return next year… maybe if the weather promises to be better!

6 thoughts on “Wellspring as a Solitary”